This thrilling game PTTR will take you to a very dangerous town ruled by the criminals. Every night, there is a new crime happening somewhere around the corner. You are a brave cop who decides to restore justice and get one of the gangs’ trust by pretending to be one of them. At first, your plan seems to work just fine and you easily pass for a bad guy. But your secret is eventually revealed and now half of the town wants you dead. Now you are on the run and have to defend yourself in all possible ways. The first fight will take you aback, you won’t even have any weapons with you, so you’ll have to kill them using various objects you are going to find at the bar. You can pick up just about anything that isn’t nailed down. Even a mere pool stick can become a mortal weapon in the hands of an experienced cop. Injuries in the game aren’t very plausible – for instance, you can cut off your foe’s head with one knife stroke or poke a hole in him with a sharp item. The same can be said about the graphics that’s made purely of squares. But these are the things that make Paint the Town Red so unique. Play it once and you won’t be able to stop! 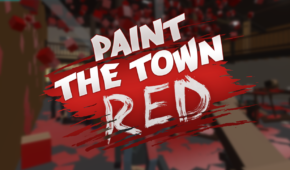 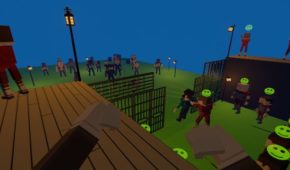